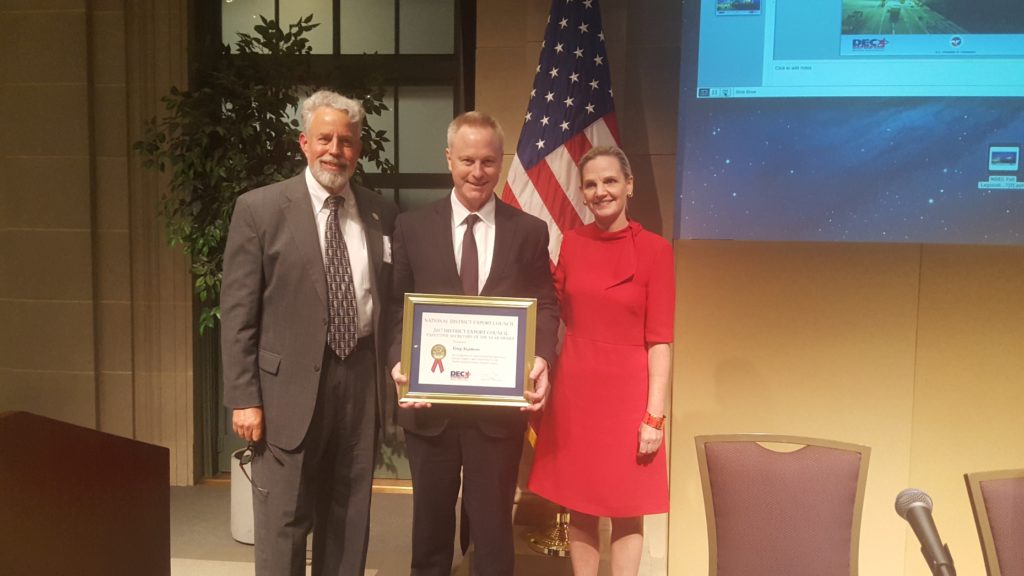 2017 is the inaugural year for the National District Export Council’s Executive Secretary of the Year Award.  We are pleased to be able to recognize the outstanding support provided by our colleagues at the Commercial Service which contributes to the successful operation of a District Export Council.  We received nominations from DECs across the country and had a number of very well qualified candidates.

While all the nominations highlighted outstanding work- National DEC felt that Greg Sizemore demonstrated everything we were looking for in our first Executive Secretary of the Year.

And congratulations to North Carolina; you’re fortunate to have such a dedicated and committed public servant.