Skip to content
News:
The New White House is Starting to Look at Supply Chain Resiliency
RCEP: No Need to Panic, but it will encourage new Policy approaches to Trade
The Blue Dot Network: A New Vision of Private Sector Infrastructure Development Finance 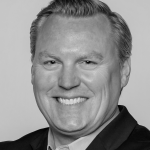 Adam Wilczewski brings over two decades of experience in business, government, politics, fundraising, and law, with a special focus on assisting clients in their domestic and international business development and fund-raising needs.  He is known for his ability to turn around and grow organizations, build and motivate high-performing teams, increase organizational capacity, and enhance accountability.

In addition to global business and not-for-profit management, Adam has worked in leadership roles in four U.S. presidential campaigns and served as the Chief of Staff of the International Trade Administration at the U.S. Department of Commerce in Washington, DC.  He was a leader for President Obama’s National Export Initiative to double exports and increase job growth during the Great Recession.  He also helped lead trade missions to countries across the globe.  He maintains a strong working relationship with his former colleagues domestically as well as in U.S. embassies around the world to serve his clients.

Adam earned a law degree from American University's Washington College of Law in Washington, DC, as well as a degree in Political Science and International Relations from the University of Florida.  He holds a Certificate in International Mediation from Erasmus University in Rotterdam, The Netherlands.  He currently resides in Northern Virginia.