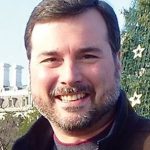 Jay Carreiro is a career Foreign Service Officer and an 18-year veteran of the Commerce Department. He joined the Commercial Service in 2009, serving as Special Assistant to the Deputy Assistant Secretary for International Operations. Prior to his election to the AFSA Governing Board, he was the Director for Business Liaison and Special Advisor to the U.S. Executive Director at the Inter-American Development Bank in Washington. He also served in Rio de Janeiro, Brazil.

Before joining Commerce, Jay served as a judicial law clerk in Trenton, New Jersey. He holds a Bachelor of Arts in Political Science and Public Administration from Rhode Island College, and a Master of Public Administration and Juris Doctor from Rutgers University. He is married with one child and currently resides in Alexandria, Virginia.